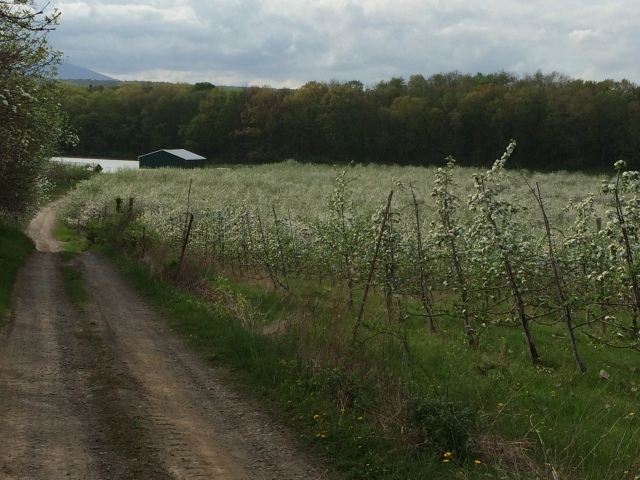 The blossoms have come and are now almost gone here in upstate New York.  Since I last posted, nigh eons ago, I’ve relocated from Indiana to the Finger Lakes region of New York to start a new job.  It’s been a big change, but an exciting one, with so much more cider now close at hand!

I said a dewy-eyed farewell to Oliver Winery and the Creekbend Vineyard in Indiana, where I had the privilege to work alongside some fantastic people, learn a

little bit about viticulture, and become familiar with the dips and crests of the rolling landscape of the vineyard, and the personalities of each field.  There were wet spots filled with mosquitos, the acres of Chambourcin and Chardonel vines devastated by the polar vortex, the finicky short rows of pampered vinifera, the acres and acres of hardy Catawba, and the bowl of land left over to wildflowers that drained into a stream leading into the woods.

Here in New York, I have much to learn about the local climate and its effect on apple and grape cultivation.  The cider industry is young and exciting, with the Finger Lakes Cider House opening just last week.  It seems like I learn about a new cidery every time I turn my head.

I look forward to turning this blog in the direction of more sustained writing about fruit, fermentation, and landscape in my new home.  And I’m not alone!  I’ve been delighted to be warmly welcomed by Meredith, author of the blog Along Came A Cider.  And I have recently discovered the the Finger Lakes Apple Tree Project by Steve Selin, maker of South Hill Cider.  Cider people are so friendly and welcoming! I’m also really excited about Cider Week Finger Lakes, and I hope to nurture some partnerships in the cider, arts, and heritage communities through my work.  There are so many people to meet, ciders to drink, and projects to plan.  I am totally the wide eyed new girl on the block, gazing in awe at all the bounty of cider projects around me.

Though New York City is still a good 5 hour drive from these westerly regions of the Great State of New York, I recently managed a trip down thataway and made the pilgrimage to Wassail, the new swanky cider bar in the Lower East Side. That deserves a post all its own, so I’ll return to it later.

But along the way, I ran ( maybe ambled is better) the Hard Cider Run at Warwick Valley Winery, home of Docs Draft Cider, and went for a drive up and down the Hudson Valley, where the orchards were blossoming their hearts out.  It’s that ephemeral moment of spring, that you only get to see briefly before the petals fall and the fruit starts to swell in the long balmy stretch of summer ahead.  Cideries take note – HUNDREDS of people signed up to run this 5k through the blossom, many of whom may have never thought about cider much before and were clearly just out for a nice day in the country.  It was a little chaotic, but everyone seemed to have a great time. 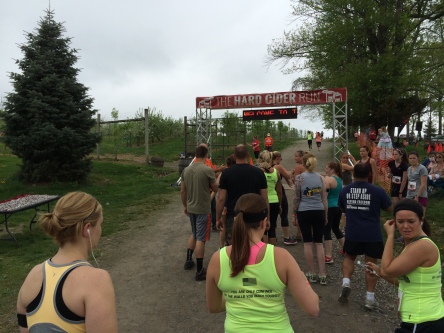 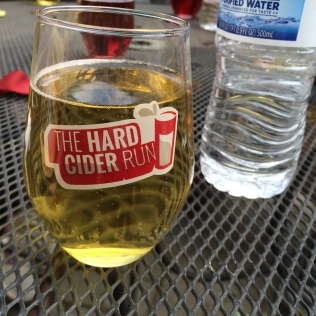 The Blossom Time is the also the time for tree hunters, and I’ve been keeping my eye out as I travel around the highways and byways of my new home territory.  I spotted these two ancient orchards during the winter by roadsides in Schuyler County, near the village of Burdette, and Chemung County, near the town of Horseheads.  I happened to be driving by them again this weekend, and stopped to see if they had any blossom.  They did!  But barely.  It is easy to see fruit trees young and old blooming near houses, cared for by homeowners.  But sprawling old orchards like these are a rare find, as far as I can see, in this part of New York.  I still don’t know who owns them, or why they have survived, or what fruit lies in wait there. 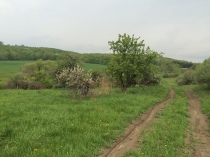 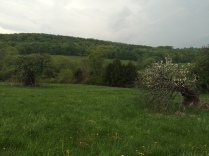 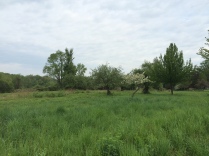 There are plenty of old barns slowly rotting away in the countryside here too, as these photos below attest.  And plenty of old farmhouses, that look back towards a different farm economy, one that supported relative wealth and vibrant communities in places that are now the back of beyond.  Who lived in these enormous old vacant houses?  And why do they lie abandoned now?  Who planted these old orchards, and what kind of farms are they remnants of? 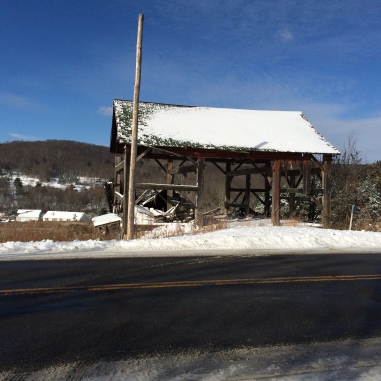 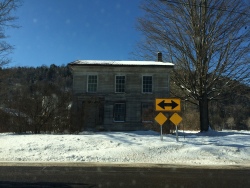 The new cider industry here is clearly booming.  I can’t wait to learn more about the landscapes that supported apples of old, and the new orchards, like these ones at the Good Life Farm, home of the Finger Lakes Cider House, that are rising slowly from the earth to meet a new market, and reshape the land with it. 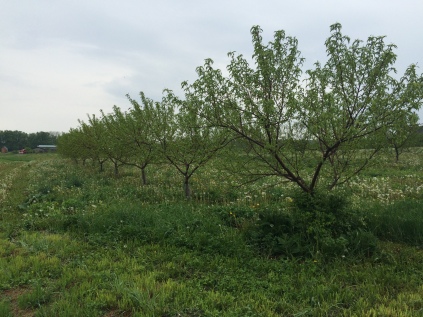